The Magazine For Digital Leaders

It’s staggering to think that cash—an economic staple for so long—might be on its way out. But if you think about it, we don’t actually need cash. Cash is an intermediary: a way to physically represent the concept of money. This realisation has led many countries to begin ditching cash in favour of electronic payments. For example, in Sweden, it’s estimated that only about 1% of the country’s total GDP circulates as cash.

While it’s relatively easy for bigger organisations to provide cashless options, smaller businesses can struggle with this, particularly in countries where cash is still a major part of daily life. Emmanuelle Paulin, Head of Digital Performance at KiWi, is working to make cashless options more readily available to small businesses in Mexico. We talked to Emmanuelle about her role, the appeal of KiWi’s mission and why there is no one set formula for marketing success.

Emmanuelle is a seasoned performance marketing specialist whose career spans the music, advertising, and gambling industries. After gaining her Master’s in Business Management, her first job involved procuring licenses for international musicians and bands to play in Mexico. From there, she moved to BNN Mexico, an international BTL (below-the-line) marketing company, where she rose to the position of Head of Accounts. Stints at advertising agencies S.C.P.F and DBB group followed before she spent a couple of years as Regional Marketing Director at bookmakers Sportium. In August 2019, Emmanuelle became the Head of Digital Performance at KiWi—an innovative payment solutions provider that allows small businesses to accept card payments.

Hi Emmanuelle, thanks for chatting with us today. Can you first tell us a little bit more about your career?

So my career to date has been pretty diverse. My first job was really cool—I worked in a company that helped big bands come over to Mexico and play their music. It basically meant that I unwittingly became an influencer marketer before it was even a thing! I just happened to be rubbing shoulders with some really exclusive people, so brands started reaching out to me and offering me opportunities left, right, and centre.

I took one of these opportunities and moved over to a BTL company that did events, festivals, and lots of big brand parties. It was a lot of fun. The skills I learned at this time – how to promote brands by drumming up significant public interest – have continued to serve me well in the advertising, gambling, and finance industries. I’ve had to adapt those BTL trends to digital marketing, but overall, I think I’ve done a fairly decent job at it.

I believe that I’m a true Performance Marketer in every sense of the word. Marketing obviously encompasses lots of areas, but I’m mainly focused on the tangible impacts of what we’re doing—I need to understand the overall business outcomes of every strategy, that high-level view. Many marketers get bogged down in the specifics. Of course, the specifics are really important, but if you’re fortunate enough to be in a leadership position, it’s crucial that you align everyone toward overall goals/outcomes that will help the business.

Can you tell us a bit about KiWi and what appeals to you about their mission?

KiWi is a payment platform that was built to support small businesses. Around the world, many countries are increasingly becoming cashless societies—while this doesn’t yet ring true here in Mexico, the government wants the economy to move in that direction.

But it can be difficult for small vendors to buy into this and adopt card payment functionality. If you’re a cigarette vendor who has a stall set up on the side of the street, you don’t really have access to the technological infrastructure or resources needed to take card payments. With KiWi, these businesses can accept card payments and will therefore continue to participate and contribute in the ever-changing economy.

KiWi lies at the intersection between my various passions: FinTech, gamification, and helping small businesses compete in the wider economy. I really enjoy the human element of our work. The company is obviously focused on creating a great product, but there’s equal emphasis on connecting with our customers—we really get to see the impact of what we’re doing, and it makes us all proud to be doing this work.

There are plenty of people (and businesses) who have been somewhat left behind by the rise of the internet and technology. Not everyone has the same level of technical know-how or resources to invest in new infrastructure, so we’re making it easier for small vendors to participate in the new economy.

At a broader scale, we’re helping shape the economy for years to come. There’s a Mexican joke where the punchline is “Sorry, I can’t sell it to you because I will be left without change”. Cash is still such an integral part of our economy and the transition to a cashless society is certainly far slower than many other places. So while we introduce these technological solutions, we’re also helping to provide a cultural shift—we don’t want small business owners to ever fear not having enough change left over after they make a sale.

That certainly sounds like a strong company North Star. You’ve delivered brilliant results, so I have to ask: what’s your formula for success?

There’s definitely no one set formula; it’s a long and often painful process. Every industry and every company is completely unique. Even if you go from working with one airline to its biggest competitor, they’ll have starkly different customers, goals, and capabilities.

Instead, I reiterate to all marketers that finding a winning process for your business takes time, experimentation, and discipline. Keep tinkering and adapting your ways of working until you’re achieving your desired results. The market changes on a daily basis, so there’s this constant state of flux—you never want to remain static for too long.

A lot of people rely upon the mentality that “If the competition is doing X then we need to follow them.” This is wrong on so many levels. First, it means you’ll never be innovators or leaders in your space. Second, it promotes this culture of laziness where you just look for cookie-cutter strategies rather than getting to work creating the best strategies for your individual company.

Why is cash on its way out?

First, it’s ironically pretty expensive to keep cash in circulation—the 2020 currency operating budget in the US is a staggering $877.22 million. Second, it’s inconvenient. Cash can get lost or damaged, you can only get cash in certain places, you have to carry around heavy coins, and businesses need to ensure that they always have the correct allocation of coins and bill so they can give out change. Third, and most important, it’s just unnecessary. If you can automatically pay with your card or even better, with your mobile phone, then why even bother with cash?

But the transition towards a cashless society isn’t as easy as it might seem. In Mexico, 88% of payments are still made in cash. Electronic money transfers are overly complicated, often requiring an in-person trip to your bank’s local branch. What’s more, an estimated 40% of the Mexican population (roughly 42 million people) don’t even have a bank account—so the transition towards a cashless society might be a case of running before you can walk.

However, the Mexican government recently announced its plans to push forward towards a cashless future and has begun rolling out CoDi—a government-backed mobile banking system that enables users to scan QR codes when making and receiving payments. This will likely push things further along and lead to a further uptake in cashless payments, but for many Mexicans, it arguably heralds an unwelcome change.

Mexico’s informal economy, worth an estimated $6.6 billion, relies largely upon cash. With high bank fees, intermittent internet connectivity in certain parts of the country, and some worries about potential corruption in the financial system, many Mexicans might feel that cash is a safer bet than signing up for a bank account.

As such, there are a variety of factors that KiWi will have to contend with. Widespread cultural change is just as important as the commensurate uptake in innovative technological solutions, so only time will tell how effective they will be in their endeavour to change the way Mexicans pay and think about cash.

Kar Hay Ho / About Author
My career has been focused around delivering high quality, high value products to end users.

Through guidance and support from amazing people around me (and a lot of luck), I have progressed to a point where I am able to have a huge impact in my day-to-day work.

My passion is product, leveraging the tools at my disposal and expertise of those around me, whether that be product, marketing, data, engineering... to deliver increasing value to both the business and the end user.
More posts by Kar Hay Ho 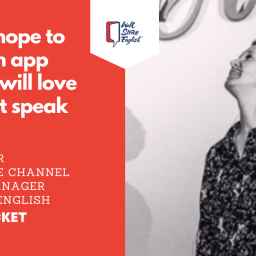 Now more than ever, we are used to going online to get things done, whether it’s booking a holiday, ordering… 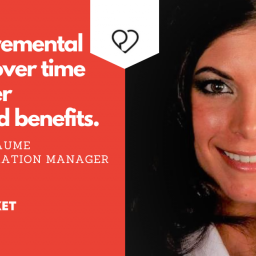 Interview with Emilie Berthiaume, Dialogue’s Senior Demand Generation Manager on the benefits of adopting an agile methodology and why failure can be so useful. 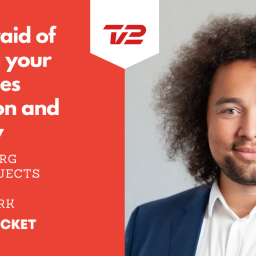 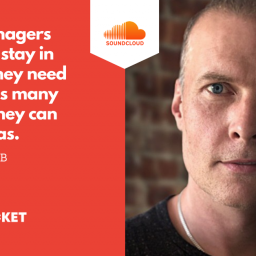 In 2016, Jeff Bezos wrote a letter to Amazon shareholders saying: “I believe we are the best place in the… 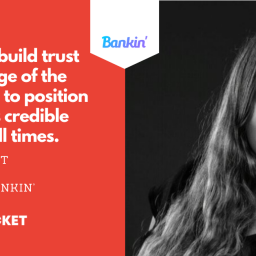 Mobile app marketing can be quite different from traditional product marketing. Guiding a user to your app may require little… 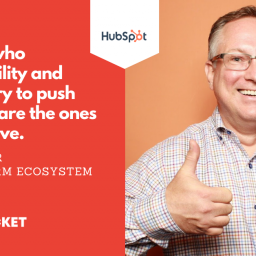 The Golden Age of Martech with Hubspot VP of Platform Ecosystem, Scott Brinker

Selecting the right tools to manage digital marketing is one of the biggest challenges that modern marketing teams face. Scott… 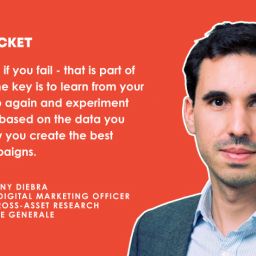 Marketing in a heavily-regulated industry such as financial services is very challenging, especially with a regulatory framework for financial markets, but it is not impossible to execute with the advancement of technology along with a successful marketing programme. 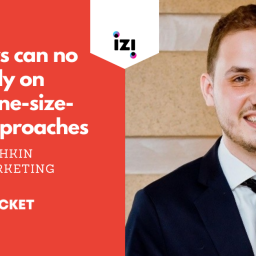 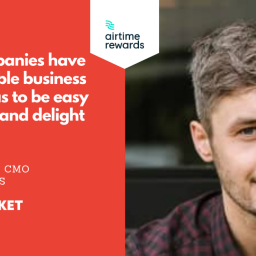 Building Scalability into your Startup to Ensure Long-Term Success with Josh Graham, Co-Founder and CMO at Airtime Rewards

Momentum is a fickle mistress. If your business has it, opportunities seem to come your way effortlessly — if you… 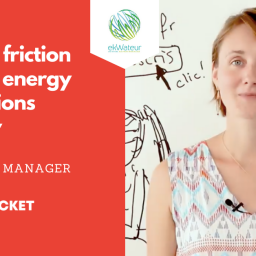 The Key to Growing Your Business and Remaining Genuine with ekWateur Innovation Manager, Chloé Joly 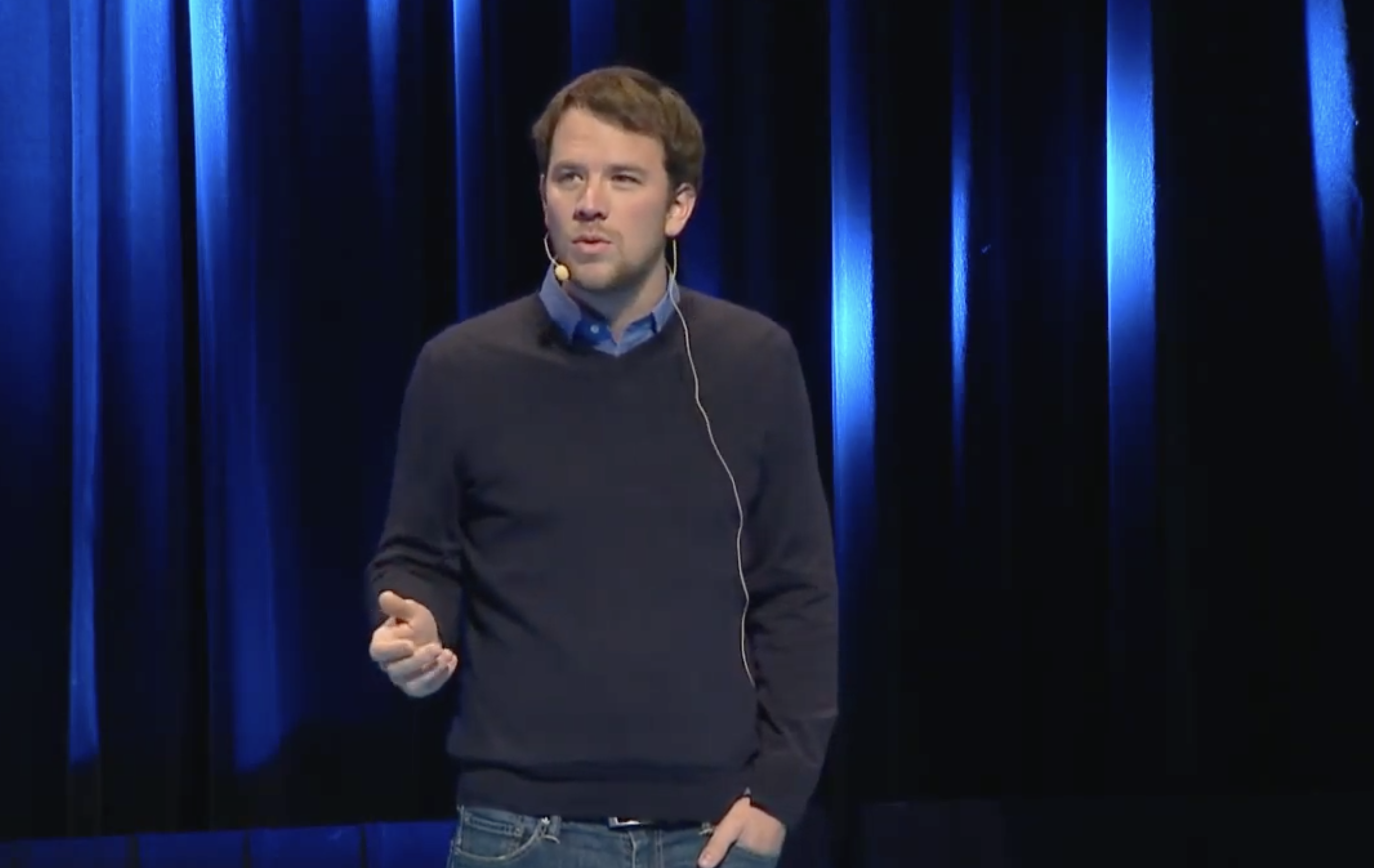 Vincent Saint-Martin | CX spotlight Vincent is a true Renaissance Man. A civil engineering graduate with a Master’s degree in… 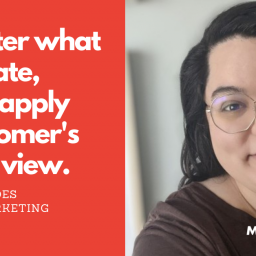 Interview with Cristina Mendes, Lifecycle Marketing Manager on how to create a successful customer lifecycle marketing strategy based on data. 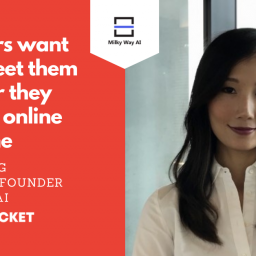 Data can obviously be immensely powerful in eCommerce — but what about physical retail? As it turns out, having retail… 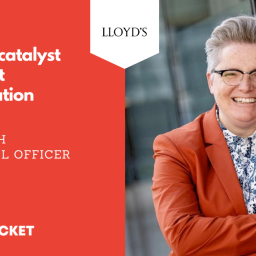 How do you drive innovation in an organization that has been in business for over 250 years? This is the… 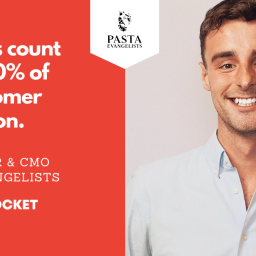